On many distributions delivering KDE, since version 4.2, I have often found incomprehensibles slowness between login step and the time the desktop is fully loaded and usable.

Indeed, we can see unfold normally the KDE's "splashscreen" and the desktop appears but in the systray, all the icons are not loaded and it is not possible to run a program until the startup sound is heard. This is long seconds (10 or 15 for me) where nothing happens (no visible disk access).

After answering on this thread, I opened a bug in KDE and it appears that the culprit is PulseAudio.

Indeed, it seems that PulseAudio package for KDE brings 2 startup files instead of one: "pulseaudio.desktop" and "pulseaudio-kde.desktop"

This often generates a delay to load the desktop caused by the program that is trying to start twice.

Note that this is not systematic, I guess in some cases, the correct file is launched before the bad and in this case, there isn't any delays.

The solution: Just simply delete the unwanted file to retreive a fast loading time. This is valid for all distributions.
- Open a console as root
- Go to the directory /etc/xdg/autostart
- Check that you have two files "pulseaudio.desktop" and "pulseaudio-kde.desktop" in this directory.
- Delete the file "pulseaudio.desktop" (or rename it to "pulseaudio.desktop.disable" if you prefer to keep it)
- Reboot normally there shouldn't be more delay now caused by PulseAudio to logon

Hopefully this will eventually be corrected in the future because this unfortunately reinforces the "Kde cons" peoples while it is not related to KDE itself ;-)
Publié par Sylvainsjc Date dimanche, janvier 13, 2013 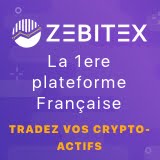